Mostly there are just minor fixes and tweaks, but it has a few new features:

LOL ok i am flattered and slightly worried this is a slam on slacker bastards like me that wouldn't take the time to see all endings proper... But still, thats def a unique honor either way.

Sorry for the delayed response. When you select the levels with the branching points - assuming you never restarted them after you completed them the first time through, it should give you an option to continue and it puts you near the branching points.

I've recently re-played NN, unaware of the updates, and was rather unpleasantly surprised by the changes in the art - namely, the excessive darkness in the Insanity and in the Destroyed Dreams ending, that made many details completely obscure in the original sense of the word.

Please, keep the original art - it was perfect.
Top

Great news. I am deciding to re-play this game. I red that there is already a 2.1 update, but in my Humble Store library is still version 2.0. Are you planning to update Humble Store?
Top 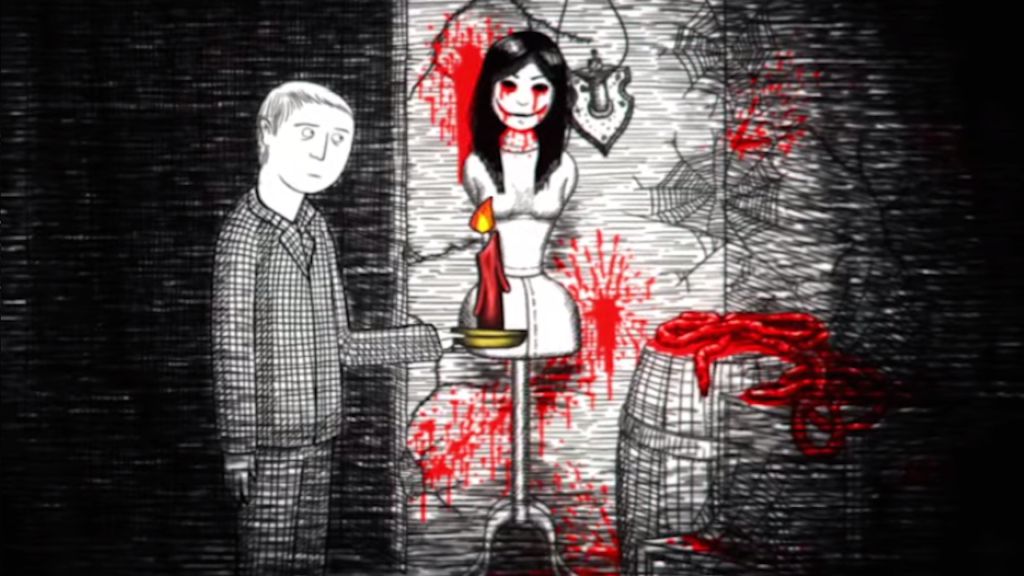 There will be any affects to the story/gameplay if the player look at the backer portraits (or not)?
Top

During the weekend I'll replay the game and send the screenshots.
------
Edit:
Cell, old version:

So sorry for the delay. I have been really swamped with work as well as fatherhood.

Do you have screenshots of the ending of DD? To my knowledge, we did nothing other than fix bugs, but it is possible we introduced some. Thank you for following up on this and I apologize again for the delay. I've been pretty overwhelmed as of late.
-Matt Gilgenbach
Lead Frightener at Infinitap Games
Top